What is a Bull Market in Stock and Shares? 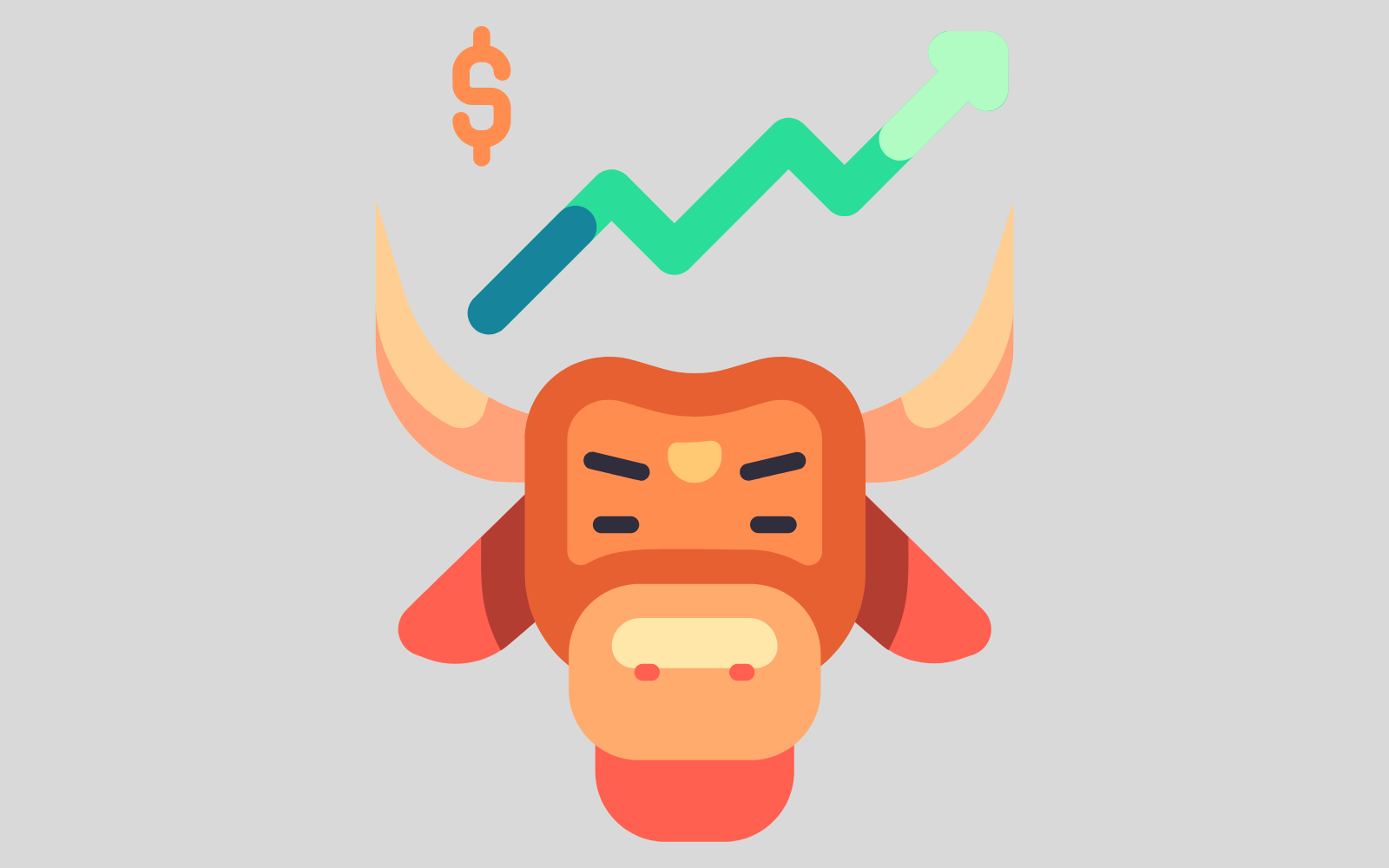 A Bull market is when Stock Markets increase in value over a sustained period.

You often hear people talk about a Bull Market or a Bear Market, and these are similar but opposite terms. A Bull Market is when Sock Market prices increase by around 20% or more over a sustained period.

This can happen when the economy is growing strongly. A recent Bull Market occurred after the Global Financial Crisis in the late 2000s. Low interest rates and other government stimulus caused stocks to grow continuously for an extended period.

But why is it called a Bull Market? When Bulls attack with there horns they swipe upwards. This compares to the Stock Market moving upwards in a Bull Market. You can see a Bull statues famously on Wall Street in New York, but other financial institutions also use them. They are typically seen as a symbol of good economic performance.

What are Stocks and Shares for beginners?

August 05, 2022
To be honest it is quite acceptable to use the words Stocks and Shares interchangeably and nobody will bat an eyelid. In reality though, Shares represent a fraction of the companies Stock. But what does that really mean? Imagine Bitesized Money Inc is a bag of 100 marbles (the Stock), and everyone that owns one of the marbles owns 100 th of the company (a Share). They benefit when the company makes money, they collectively vote when big decisions need to be made, and they share the pain when the company loses money in hard times. In simple terms this is how Shares work, when you buy a Share, you are buying a part of a company. What should you pay for one of their marbles Shares? Well that is the tricky question and why investing is fun, but also carries some risk. Generally when a company is doing well, or people think it will do well in the future the price goes up, and when its future doesn’t look so good the price will go down. Company Shares are traded on a Stock Market, and pe
Post a Comment
Read more